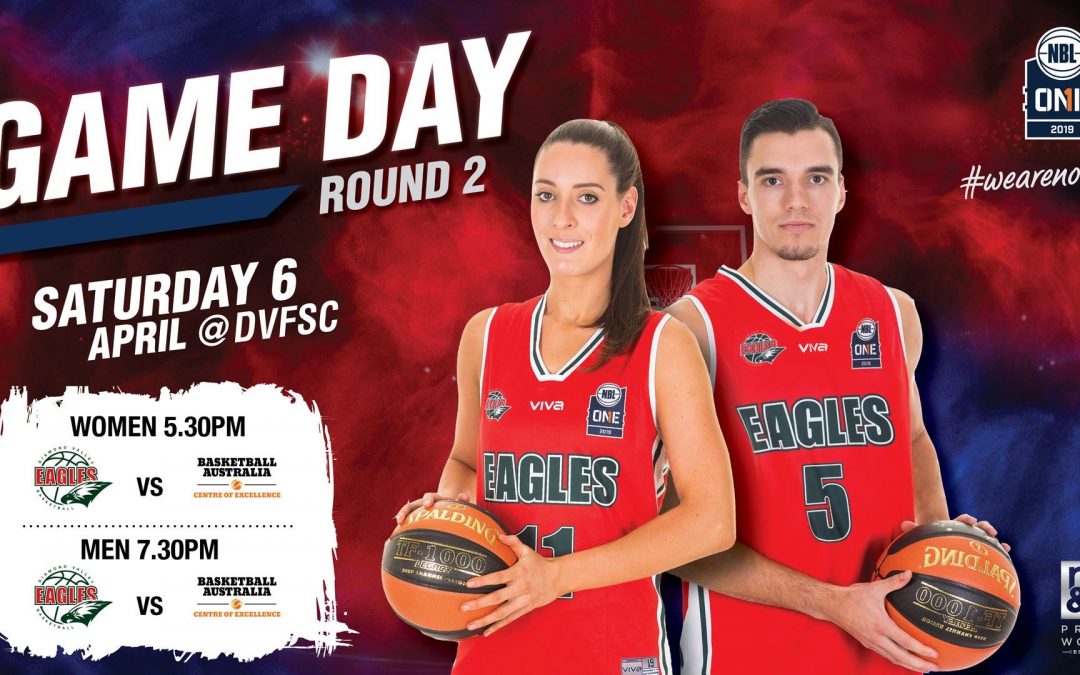 The Diamond Valley Eagles had a comfortable 20-point win (88-66) over Basketball Australia Centre of Excellence, with a standout performance from Anneli Maley who finished with 31 points and 15 rebounds.

After trailing by three points at the end of the first term, the Eagles came back in the second, outscoring the BA CoE (22-15) to take the lead heading into the main break.

The COE failed to make an impact after the half, shooting at 32 per cent from the field and 14 per cent from the 3-point line (4/27), leaving them with only 24 points for the remainder of the game. The Eagles maintained their dominance across the board and continued to stretch their lead.

Hope Terdich and Brianna Gregory combined for 49 points guiding their team to the win, alongside the impressive defensive efforts of Maley.

Basketball Australia Centre of Excellence hung on to a two-point victory against the Diamond Valley Eagles in a game that came down to the wire.

BA CoEs Hunter Goodrick led the way for the team with 19 points and 13 rebounds, working hard at both ends of the court. Teammates Alex Ducas and Joshua Kunen also made a massive impact on the score board combining for 46 points.

BA CoE led at every break despite shooting at 40 per cent from the field in comparison to the Eagles 47 per cent.

Midway through the final term, BA CoE stretched the margin to eight-points, the largest lead for the game. However, a final surge in the dying minutes saw the Eagles take a one-point lead with 2:19 on the clock.

With 59 seconds left the scores were tied, but a foul in the last six seconds sent Isaiah Lee to the free throw line where he sealed the victory for BA CoE.

Despite the loss, Diamond Valley’s Ben Allen put on an impressive performance recording 20 points, 10 rebounds and four assists, shooting 60 per cent from the field.

Dandenong were too strong for Diamond Valley, defeating the Eagles 89-69 at the Dandenong Basketball Centre.

Rebecca Cole starred for the Rangers with 32 points, six rebounds and six assists, while Aimie Clydesdale shot 4-6 from three-point range to end the game with 22 points.

The Rangers struggled early in the game and trailed by five points at quarter time. However, the home side turned the deficit around in the second quarter to lead by two-points at the main break.

The Rangers’ pressure forced the Eagles to concede 22 points from turnovers. They were also dominant in the paint, outscoring the Eagles 44-32 in the key.

Hope Terdich was gallant for Diamond Valley with 19 points and seven rebounds, while Anneli Maley had 13 points and 12 rebounds.

Dandenong backed up their victory on Saturday with a 81-76 win over Diamond Valley at the Dandenong Basketball Centre.

Samson Froling starred for the Rangers with 24 points, nine rebounds and an assist, while Timothy Lang had 15 points, 11 rebounds and three assists.

Darcy Harding top scored for the Eagles with 18 points, while Benjamin Allen had 14 points and 10 rebounds.

Diamond Valley were the better of the two sides in the first quarter and held a four-point lead at quarter time. The Rangers overturned the deficit in the second quarter to lead by four points at half time.

The Rangers extended their lead to 10 points in the third term, before a 17-12 run by the Eagles in the final quarter cut the margin to five points at the final buzzer.