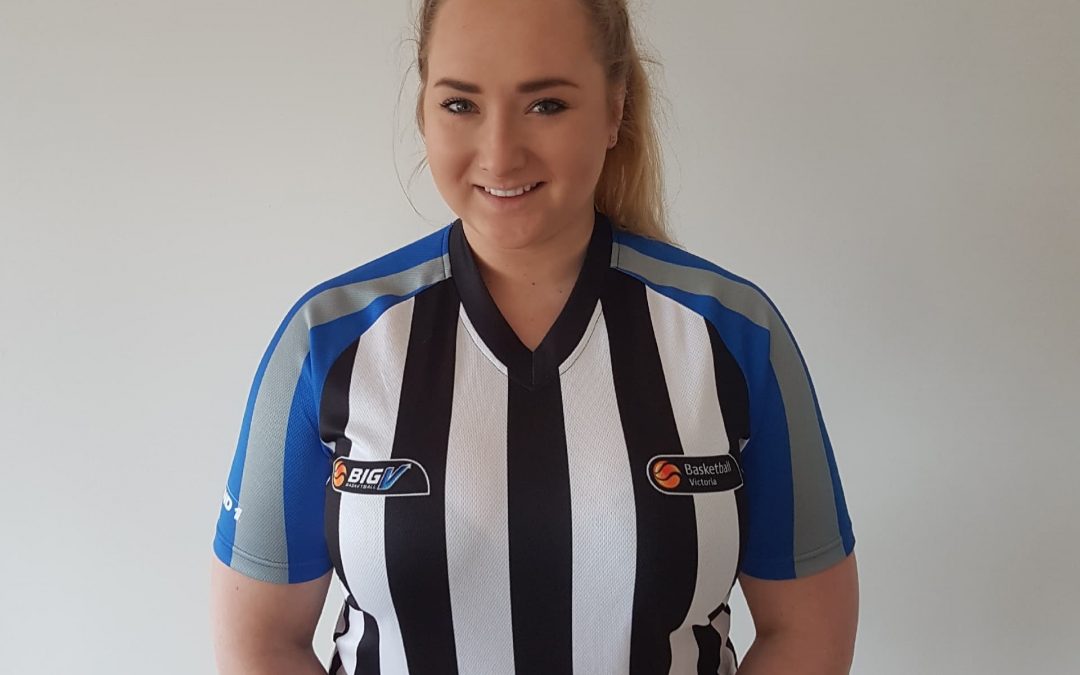 We interview one of our DV referees for this months referee spotlight for September!

How old were you when you started refereeing? I started reffing when I was 15 years old!

Which year did you start refereeing? 2010

How and why did you first become a referee at DV? I think I started reffing at DV as my first association as I played for Hurstbridge Hurricanes, so it was a natural move for me.

Do you have any sports heroes? My Sporting Heroes are Jessie Schleibs-Hazelager & Nadine Lyons. They are the two female referees I have always looked up to, as they have helped pave a path in a male dominated area of sport that has allowed me and other female referees to come in without so much resistance. They have inspired me to be a role model and mentor to other younger female referees.

What did/do your friends think of you being a referee? I don’t think my friends really have an opinion on it. It has been a great way to make friends and I have made bonds with people I hope to know for the rest of my life.

What is your greatest memory / achievement in refereeing and how did you feel achieving that?

One of my achievements as a referee is being to the finals series in my first year refereeing BIG V. It was a great feeling to be acknowledged for my effort and abilities. But some of my favourite memories will always be reffing domestic with my mates out on court at DV.

What is your most challenging memory as a referee?

As a female referee, I will always be fighting the battle of having to prove myself of being capable of refereeing. This has come from players, spectators, and even my superiors. I can only hope that every battle I have fought will help make it easier for future female referees in the sport.

How do you cope with challenges of the criticism, abuse and pressures of refereeing?

It can be really hard being abused or attacked after the game, particularly about things outside my control. There have been times where I have felt like not coming back. Support from fellow referees and supervisors helps you move past bad games. Players, coaches and spectators underestimate how hurtful their words and actions can be when they take out their frustration of the game on the referees, and they also underestimate how meaningful positive feedback can be.

What ambitions do you have in your refereeing?

I think I have come to a stage of my life where I have achieved everything I have set out to achieve as a referee. I will continue to referee basketball, but my next goals are more focused on mentoring and coaching the next generation of referees and insuring they have the support they need to reach their goals.

Outside of refereeing what do you do with yourself and what are you passionate about? (year level at school, occupation, hobbies, etc.)

I spend my summers wakeboarding and camping; it’s the only sport I enjoy more than basketball and my dog loves getting to swim in the Murray all day. I spent 5 years at La Trobe University and now work as a Psychological Rehabilitation Consultant.