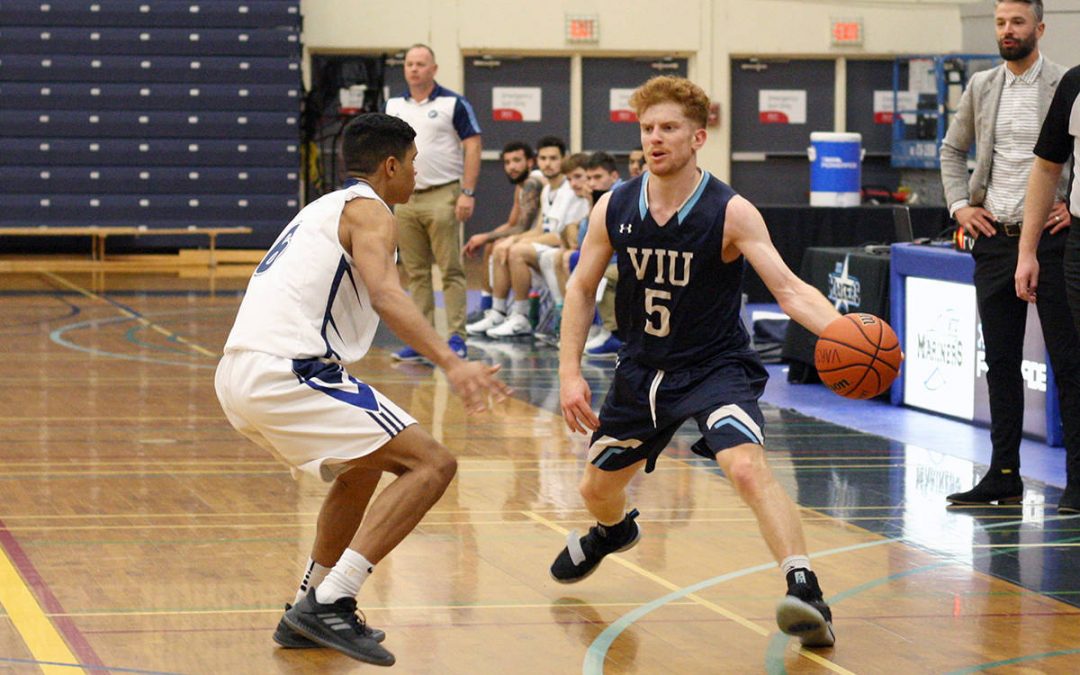 Diamond Valley Basketball Association is excited to announce that Harry Fayle has re-signed with our NBL1 Eagles for 2020!

The 6’1 Guard has returned home to Melbourne after a very successful college career at Vancouver Island University. This year Harry was named the 2019 Male Athlete of the Year across all-sports; he is the seventh Mariner to win this award since 2012. Fayle led the Mariners to a national gold medal this season and was named the Player of the Game after scoring 25 points.

He was also awarded the 2019 PACWEST Men’s Basketball All-Candians; the season saw Fayle play all 18 games, averaging 19.6 points a game and 4.7 assists. He shot 43% from the field whilst making 28 steals on the defensive side.

Head Coach Grant Wallace is very excited to have Harry back for 2020;

“Harry joined us mid last year after completing his Canadian Collegiate career and now with a full preseason completed and clarity of his role and responsibilities, he is ready to prove to all that he is one of the premier guards in the competition.  Providing exceptional basketball IQ, Harry is an elite competitor, and I cannot wait to see his 2020 season output.”