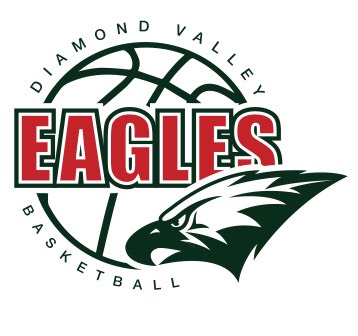 For the 2020 VJBL season Alan McAughtry, our Championship Team Mentor, along with Dylan and Robbie will be working closely with our VJBL coaches and teams to ensure the best opportunity for development.

Both of our Coaching Coordinators have had a very successful coaching career to date! Read below to find out a bit about their basketball history:

In 2003 Robbie moved to the Nunawading Spectres where he continued to coach Metro 1 Boys teams, head the Under 16 Boys program and was the Head Coach of the VBL Nunawading Spectres Men, he then moved on to become Coaching Director of the merged Liberty/Warrandyte Basketball Club in 2005-2006.

Robbie was approached to take over as Head Coach of Blackburn Vikings in 2009, where he made an impact on several of their programs over the next 3 years.

Originally from Anchorage, Alaska, Dylan played basketball in high school and started his coaching career as a student manager for the University of Alaska Anchorage, where they reached the NCAA D2 Final Four.

After one season he moved down to Nampa, Idaho and worked as a student assistant coach at D2 Northwest Nazarene University for the next two seasons. Dylan then spent two years at Texas A&M International University in Laredo where in his second season they won the Heartland Conference Championship and made the NCAA D2 National Tournament. As a Graduate Assistant Dylan spent two seasons at NCAA D1 Boise State University in Boise, Idaho while obtaining his Masters of Kinesiology from Boise State.

Through his connections with John Rillie, assistant coach with BSU, Dylan moved to Australia and spent the previous 5 years with the Coburg Giants. He spent his first season as an assistant for Dean Marks in the Youth League 1 team, in which they finished runner’s up for the league. After that initial season Dylan moved into the head coaching position for the Senior Men’s team, with one Big V Division 2 runners up finish and one championship.

In his time with the Coburg Giants Dylan coached various juniors’ teams, from U14 to U18, as well as serving two years as VJBL Delegate for the club.

The Coaching Coordinators will focus on working with teams at games and training sessions on a rotational basis, to ensure coaches have constant support and the opportunity to upskill throughout the season.

They are both extremely excited to be working with the Diamond Valley families, athletes, and coaches, and look forward to bringing their experience and passion for basketball coaching and education to the club.

“Our new Coaching Coordinators will see Diamond Valley providing a greater support network for all of our coaches and teams that will help to cement us as one of the leading associations in Victoria. Robbie and Dylan will provide the DVBA with a direct link to each age group and will allow for a greater understanding of our Eagles’ players’ abilities. We are very to have them on board!” – Braden Cotter (Interim CEO)