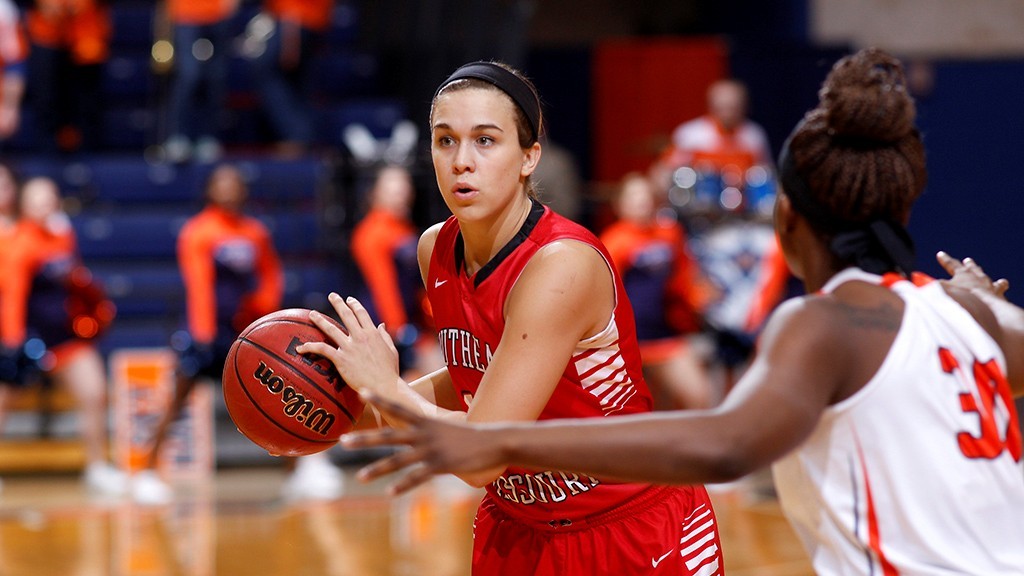 Diamond Valley Basketball Association is excited to announce US recruit Erin Bollmann has signed with our NBL1 Women for 2020!

The 5’11 forward was the first all-team state selection after averaging 26.4 points, 8.7 rebounds, 7.6 steals per game as a senior at Meadow Heights High School in Patton, Missouri. She was nominated SEMOBall and KTJJ Player of the Year and was the three-time all-region honoree. She scored over 1,000 points in her high school career and led her team to state quarterfinals three times and sectionals as a senior.

In her time at Three Rivers Community College in 2012 – 13, Erin was named NJCAA second-team All-American after starting all 30 games and averaging a team-best 13.8 points and 3.5 steals. She ranked 11th nationally in steals and finished second on the team with 7.2 rebounds per game.

2014 saw her join the South East Missouri Red Hawks where she played all 29 games and was the second-leading scorer and rebounder, averaging 9.1 points, 7.1 rebounds, and 1.9 steals per game. Erin scored in double figures 12 times and rebounded in double figures eight times. She ranked fifth in the Ohio Valley Conference in field goal percentage (47.9%) and steals (1.9), finished ninth in the OVC in rebounding (7.1), ranked 10th in defensive (4.0) and 15th in offensive (2.2) boards.

In 2018 and 2019 Erin played for Keilor Thunder in the Big V Championship Women’s competition. She averaged 23.7 points, 10.7 rebounds and 4.5 assists and was awarded the Championship Women MVP, All Star 5 and Golden Hands awards in her 2019 season.

Head Coach Hannah Lowe is very pleased to have Erin on board for 2020;

“I am really excited about seeing Erin step into the NBL1 competition from the BigV Championship division in 2019. Erin brings a competitiveness and hunger that I think will really elevate our group. She plays hard all across the court and I think she will be very comfortable competing at this level. ”