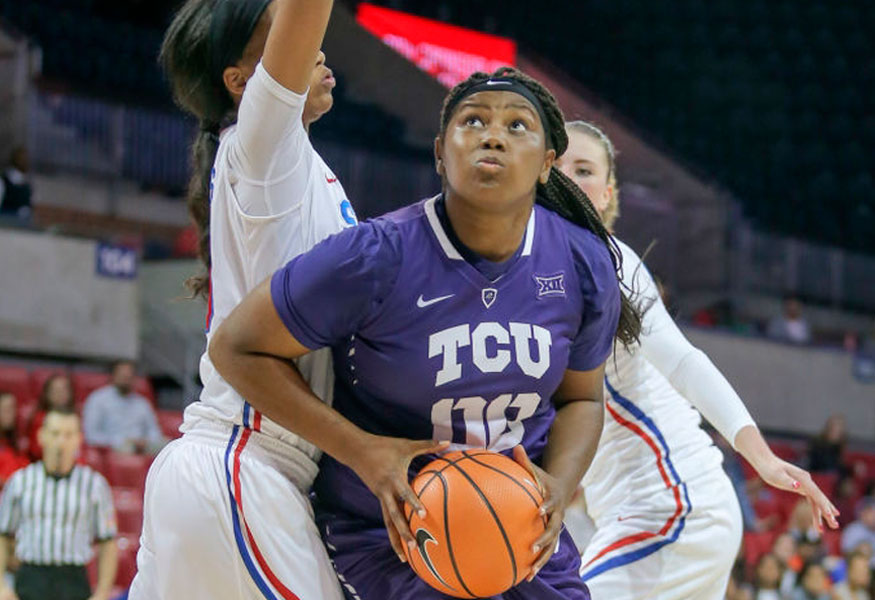 Diamond Valley Basketball Association is pleased to announce US recruit Amy Okonkwo has signed with our NBL1 Women for 2020!

The 6’2 Forward, as a senior at Etiwanda High School, was rated as a top 100 prospect nationally. She was also named to the Los Angeles’ Times’ All Star Team after averaging 13.7 points and 8.3 rebounds per game. As a junior she was awarded the 2013 Inland Valley Player of the Year after averaging 16 points and 10 rebounds.

As a freshman at the University of Southern California Amy competed in 27 games, averaging 3.3 points and 2.1 rebounds in 7.1 minutes per game whilst shooting 52% from the field and 61% from the free throw line. She then transferred to Texas State University where, in her Junior year, she averaged 14.4 points per game. She was named Big 12 Sixth Man of the year, All-Big 12 Second Team and Academic All-Big 12 Second Team.

Amy scored in double figures 27 times, with eight games of 20 or more points. She had an 88.1% free throw percentage which led the Big 12, ranked 13th in NCAA and was the second best in a single season in TCU history. In her final year she played in all 35 games and ranked second in the team averaging 14.3 points and 6.7 rebounds per game. Amy was named to the WNIT All-Tournament team after averaging 20.4 points and 9.8 rebounds in TCU’s five-game run to the semi-finals. She became the 19th member of TCU’s 1000 point club and finished her career with 1324 points, ranking ninth in program history.

In 2019 Amy signed with Club Deportivo Zamarat in Zamora, Spain. Her team competed in the Liga Femenina de Baloncesto, the top-tier women’s league in Spain.

Head Coach Hannah Lowe is very excited to have Amy on board for 2020;

“Amy joins our team at the end of her commitments in Spain and has a dynamic set of skills that make her tough to defend in the post. She had a successful college career in the big12 at TCU and is looking to extend her international experience in Australia. We can’t wait to see her out on the court playing for Diamond Valley this year in NBL1.”