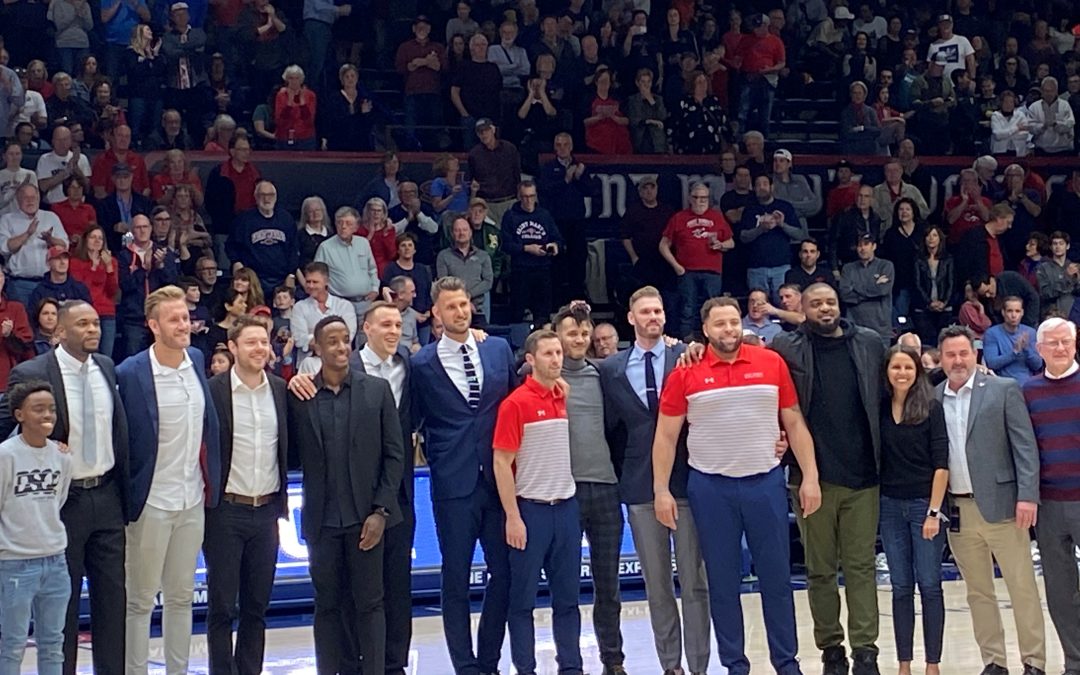 Diamond Valley’s NBL1 Legend Ben Allen has been inducted into the St Mary’s College of California Hall of Fame 10 years on from his Senior Year.

Allen’s collegiate career began at the University of Indiana for the 2005-06 and 2006-07 seasons. He transferred to Saint Mary’s in the following year where, as a redshirt junior, he appeared in 28 games, averaging 2.2 points per game. As a senior in the 2009-10 season Ben was one of four players to start and play in all 34 games. He averaged a noteworthy 27.6 minutes, 10.7 points and 7.6 rebounds per game.

The Saint Mary’s College Athletic Hall of Fame exists to ensure that the history and tradition of the College, as well as the contributions of individuals, is celebrated and recognized in a manner that enhances the College’s reputation.

“It was such an honour to be inducted into the St. Mary’s College of California Hall of Fame, to be celebrated for the way we all clicked as a team was a very surreal experience. The College put on two official events, and finished with us being recognised at half time of the St. Mary’s vs Pacific game. We were able to get almost the whole team back for the weekend and I had not seen some of those boys for 10 years so we had an awesome time reminiscing and sharing stories.”

Catch Ben Allen in action on Sunday the 3rd of May at the NBL1 Eagles first home game of the season. 2020 Membership packages on sale soon.