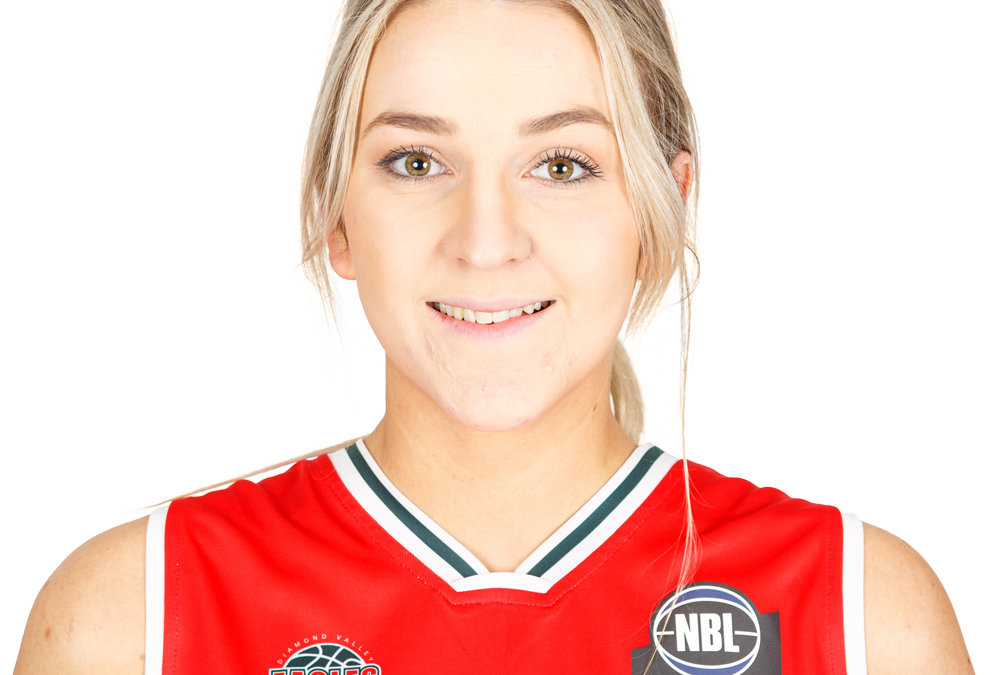 Diamond Valley Basketball Association is excited to announce the signing of Olivia Bontempelli to the Eagles NBL1 Women’s team!

Olivia had great success as a junior, representing Victoria consistently from under 16s to under 20s. One of her most significant achievements was donning the green and gold to represent Australia in the Youth Olympic Games, playing in their first 3 on 3 competition in Singapore where the team won a silver medal. Other highlights have been being appointed as a leader in teams including captain of State teams, and captain of the Youth Olympic team.

Following her junior career, Olivia started playing senior basketball with Eltham and then moved to SEABL with the Kilsyth Cobras.

Having spent some time off recovering from a long term injury, Olivia says it’s been particularly rewarding to get back into the game. “Diamond Valley has been so welcoming and I am looking forward to getting out on court to play for a club that represents my home area. Diamond Valley has a rich history and tradition of success at both junior and senior levels and I’m proud to represent the club.

I’m excited to play with such a young and talented group of girls. Robbie has done a great job at creating an inclusive environment, it’s been such a joy to train with so many girls at different stages of their career and I’m looking forward to the season ahead”.

The Eagles NBL1 Women’s coach Robbie Baldwin is really excited to have Olivia as part of our DV family. “She has settled in really well and has provided great leadership and guidance to the younger players. I’m looking forward to a big year from her”.

You can see Olivia play in the first NBL1 game of the season tomorrow night, Saturday 17th April at Community Bank Stadium, Diamond Creek. The Women’s team tip off at 6pm, followed by the Men’s team at 8pm.

Tickets can be pre-purchased via https://www.trybooking.com/BQMDD , or you can purchase a great value season’s pass which gives entry to all NBL1 and Big V home games: https://bit.ly/3rWu2pg